Tilicho Lake and Annapurna Circuit Trek is an important trekking part of Annapurna Trekking Region which lies in Manang District and the trekking trails pass through Jomsom to Pokhara. This trekking area is one of those places that have had next to mythic connotations. Many regard it as the highest lake in the world (5200m). It was for long almost totally closed save for a few climbers and expeditions, and since 1974, when Nixon changed the China policy, part of the area above Thini on the Jomsom side became a very off-limits military area. From the Manang side it was rarely if ever visited. The trekking path to Tilicho was “a figment of some ones fantasy” and the locals in Manang had little knowledge of the route too, and were often thought to be slightly unfriendly, as they were known for not being particularly keen on working as human beasts of burden for various expeditions that had passed. When asked to porter they had simply refused! Manang is no ordinary village. Its people are heavily involved in international trade, due to passport privileges granted in the past.

The route goes along the Marshangdi River and Gorge through the remote valley of Manang also known as the district behind the Mountains, to crest the arid, windswept northern flank of Annapurna at the Thorong-La. The route then passes through the Khanshar Village (The Last Village of Nepal). The trail goes through the must challenging pass “Moeso Kanta Pass” of Annapurna area to Jomson.

Today, after breakfast, you will take to City with Tour Guide, visit some temples, monasteries and historical sites.

After breakfast, drive to Beshisahar. Most of the time road goes along with Trishuli River and Marsyangdi river. you will some terrain field, some villages, hills and suspension bridges. After get to Besishahar, stay there.

Today, after breakfast, drive to Bagarchhap by Local Jeep in Sharing basis, from Beshisahar to Bagarchhap trip, road is bumpy and jigjag, up and down, on the way, one can see some nice water falls, typical villages and Himalayas too. Stay at Bagarchhap.

After breakfast in Bagarchhap, slowly walk up and straight to Chame, this day you can see some Himalayas and walk through forest. Chame is headquarter of Manang diestict where internet and restaurants are available, also there are 2 small hot spring, you can bath, if you want. stay at Chame.

After breakfast, start walking to Pisang, walk through among the forest, narrow walk up route and cross some suspension bridges and get to Pisang. Stay overnight there.

Today, the trekking route goes via two sides to choose one, either norths part or south part of Marshyangdi River, route is a bit easy than other days, meet some villages and see some nice view of Himalayas too.

After breakfast in Manang, route ahead down and up crossing Khangsar River. Khangsar village is last village in Manang distict. Manang to Khangsar starts Tilicho Lake Trek. Stay at Khangsar.

from Khangsar, route goes mostly up and up, few times can be down to walk, But today, the route is wide and some times walk in narrow valley, but it is nice walking and views, meet some monasteries which are Tibetan styles. Stay at Tilicho Base Camp.

Yak Kharka is located lower than Tilicho Base Camp, so today slowly walk down to Yak Kharka via Khangsar village and cross some small bridges and get to Yak Kharka.

Today, walk about 3 hours from Yak Kharka to Thorong Phedi up and up walking, few times walk down to river and crossing the bridge walk up to Thorong Phedi, you need rest today for acclimatization, because tomorrow is hard day to walk.

Today, early morning start walking to cross Thorong La Pass, so we will do some packed lunch and walk steep ups to Highe Base Camp, then walking will be a bit easier and you will see sunrise on the Himalayas and nice views of natures too. Then you feel victory over mountain after crossing high pass 5416 meters and slowly enter to Mustang district parts and stay at Muktinath.

Morning visit Temple and around there, then after breakfast, start trekking to Jomsom walk along with Kaligandaki River and big landscape of Kagbeni and Kaligandaki. Slowly walk down to Jomsom.

Day 14 - Jomsom to Pokhara by Flight

Morning, you will fly to Pokhara and after lunch, Pokhara city tour, then rest in Pokhara.

Today, after breakfast, fly to Kathmandu and rest day or you can visit yourself some places and buy souvenir for friends or families.

We will see you off at Hotel and transfer to Airport for your next destination.

Hi Chiz Gurung
My travel vlog about Nepal might be 6 years late, but the fun memories are still fresh and thanks to your well organize package-customised tour for me…
I have only all the good words in your tour company
– Adventure Land Nepal –

I did an 18-day tour of these three countries through Adventure Land Tours operated by Chij Gurung in Thamel, Kathamndu. Arrangements done by Mr. Gurung were very good. Sightseeing and accommodations around Kathmandu were fine if you can overlook the traffic and bad roads around the city. Bhutan was exceptional, its a must see destination. And as for Tibet, I wouldn’t recommend anyone to travel to Tibet by road because road conditions are BAD, and it severely lacks in facilities. Lhasa is worth visiting so my sincere advice would be to fly into and out of Lhasa. If any one is looking for a personalized tour, I highly recommend Adventure Land Tours.

Want to make it a private?

Book this trip as a private departure - for any group, big or small.
Book Now

We placed our special offer packages where you can visibly access it anytime. We even provided a widget to find your trip easily, and it’s just a user friendly click of a mouse. 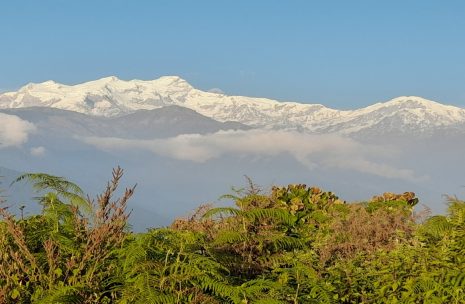 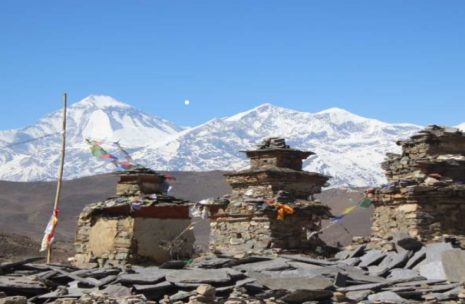 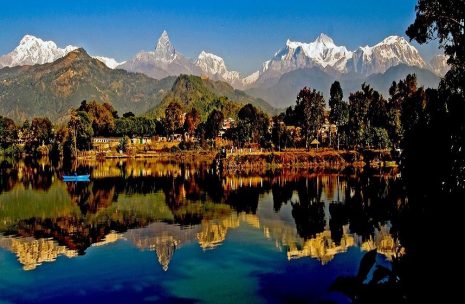 With over 18 years of experience we are well known in tourism sector of Nepal for operating both group and individual tours and treks. We have been executing adventure travel and tour itineraries with no occasion of complaints regarding our services since the time of our inception.